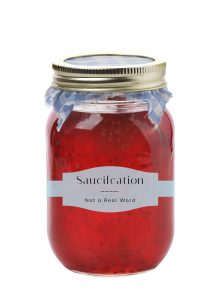 Every industry has its proprietary terms. Those words that when spoken, make non-insiders feel especially like outsiders. Some industries have complete languages of their own. I have friends who speak legalese, medical, philosophy and more. Sometimes those inside the industry bubble don’t realize that they are speaking a language that others don’t understand.  This can make for terrible bedside manner — when a doctor thinks she is explaining, but the patient has no idea what is being said. It can make a consultation with an attorney confusing beyond belief. And, I have witnessed graduate students in university classes turn pale and feel ill listening to a professor who seems to be speaking English, yet is unintelligible to the students.

The Marketing field is no different.  It has more than its share of in-speak words. In fact, depending on the area in marketing, there are actually sub-categories and the digital sphere is a major culprit. I have had clients who confessed that they had paid others for digital marketing services without actually knowing what the alphabet soup meant, even though they were paying for SEO, CTR, CPA, CPM.  Because there is an element of the theatrical and artistic in marketing, there are sometimes marketing pitches full of dramatic and artistic license.  “These upmarketing efforts to your subgregated target” (subgregrated?!?) or “smart digital optimizationalism”—yes, I’ve heard that said as if it were something real. These were made up words!  Actual fake words used to intimidate the client and make them think they were witnessing some miraculous inaccessible marketing magic.

There is a history of large marketing companies with inflated overhead and huge operations budgets trying to quote clients and give pitches that impress and hide what is actually happening.  The idea of saying, “we will be billing you hundreds of thousands of dollars because our conference room is very swanky and we like to play air hockey while we think” isn’t appealing.  Here’s the thing…well, one of the things…There are some valid difficulties to billing and quoting in marketing.  Clients don’t always understand paying for creative or intellectual equity.  There is value in a great creative idea or an aha! genius moment.  Those don’t just get born immediately. They often take some ruminating, research, collaboration, brainstorming.  That is in large measure what a marketing client is paying for.  That incubation of ideas.  If a quote or bill could be totally honest, it might state that the client will pay for “as many hours as it takes for us to come up with an incredible idea and to creatively plan to execute said idea” as well as the number of actual hours for design, writing, media placement, etc.  But quotes and bills aren’t written that way.

We are big advocates of transparent quoting and billing. That is in part because we aren’t ashamed to say that our minds are the thing.  That creative development, the understanding of the importance of communication and relationships with the receivers of the marketing –those are the sweet sauce.  We’ve got plenty of it at K2M Creative Media and we’re ready to pour it on in 2019!