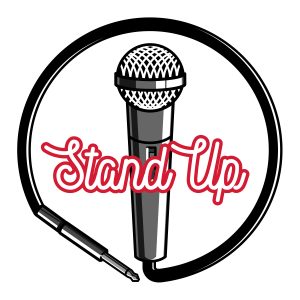 A recent experience got us thinking about the concept of giving “something for nothing” and the impact that philosophy has, both on your business and on your clients.

One of our associates was planning a Saturday evening out with her husband.  She happened to find a local comedy club that was offering FREE tickets to that night’s show, with no catch other than being told that there was an $18 drink minimum per person.   This drink minimum was explained over the phone and was also printed on the tickets.  While this couple usually opted for dinner and a movie or a play, they decided to give the comedy club a try.

As it turned out, the two-hour comedy show was very enjoyable.  Over the duration of the show, our associate and her husband each enjoyed two drinks, with each beverage costing an average of $12.  They left the theatre that evening feeling entertained and refreshed.

On the way home, they talked about the “gimmick” that the theatre used to draw them to the show that evening.  “Would we have gone to a comedy club that we had never been to before if they weren’t offering ‘free’ tickets,” they wondered.  What if the club had, instead, sold tickets for $18 per person to the show, but included a free drink (or two) with each ticket.  The couple admitted that they would have been much LESS likely to try something new if this had been the offer, and would have most likely opted for their usual date-night dinner and a movie combo.

The psychology that the comedy club (which was completely full on that Saturday night, by the way, filled with “free” ticket holders) utilized was very clever.  The concept they used is this:

People gravitate to and are more willing to pay for something that is known.  In this scenario, the unknown was the comedy show.  The couple had never been to this club, didn’t have friends who had gone there, and weren’t sure if they wanted to spend the money to try something different on their date night.  The comedy club removed (at least psychologically) the “risk” of not enjoying the show by offering the tickets for free.  “Well,” a “free” ticket-holder could conclude, “even if we don’t like the comedians, we didn’t pay for the tickets, so no great loss.” 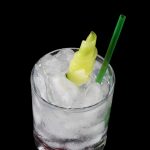 And the $18 drink minimum?  This ensures that the  club makes money that evening, and probably makes more than the minimum because once people start drinking and enjoying themselves, they tend to continue.  People are psychologically more prepared to spend $18 on drinks, which they are familiar with, than the SAME $18 on a show that they are unsure of.  Net result for the company is the same.

The “free” tickets also ensure a greater likelihood of a full house, which tends to create a better atmosphere at a comedy show .  The better the atmosphere, the more fun people have, the more they drink, the more money they spend, you get the thinking.

In the end, everyone won – the club, which packed the house and made money from the high-margin cocktails,  the comedians, whose jokes will always sound better to a full audience, and, of course, the customers, who enjoy a few drinks while taking in a good show in an energized atmosphere,  and the feeling that customers enjoy most of all – that they got a great deal.