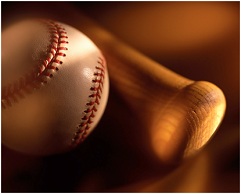 We are in the thick of the days of October, the time of year that baseball fans, players and sportswriters live for. October is the month of  heroics on the pitching mound, at the plate and in the field.

Unfortunately for baseball, the number of people watching the World Series has been getting lower and lower.

Major league baseball is probably planning some significant marketing conversations once they are done with the San Francisco Giants vs. Kansas City Royals World Series. They will have to consider what is happening, both to their sport and to viewership.

We have some guesses as to how the situation got this way:

Baseball has inspired so many American generations with its combination of individual achievement and teamwork. Countless fans have enjoyed beautiful days at the ballpark, days of excitement and lulls in the action, times when the 7th inning stretch was something to look forward to, along with the Cracker Jack and the crack of the bat. I hope that Major League Baseball can find a way to perhaps rebrand themselves and make themselves relevant and visible for years to come.