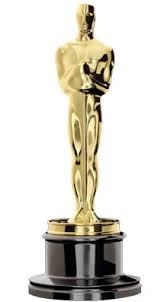 The telecast of the 87th annual Academy Awards is admittedly not the same type of advertising blockbuster as the Super Bowl. They do, however, provide some insight into current marketing trends and some subtle and not so subtle marketing tactics. So, after the final credits rolled, what do we want to see more of and what do we want to see less of?

Lady Gaga: we always knew she had pipes, but  wow, she did a wonderful tribute to Julie Andrews. Let her sing something at every awards ceremony from now on.

Now we really are wanting to see Glen Campbell’s documentary Glen Campbell: I’ll Be Me, which shows his life since his Alzheimer’s diagnosis and his final tour; Tim McGraw sang the final song that Campbell penned and there were many tears flowing in the auditorium and in our homes, too.

We haven’t been that interested in Birdman, but boy, those Hollywood-types seem interested in it, so we guess we’ll hunt it down.

Eddie Redmayne: British, skinny, beautiful voice from Les Mis, he’s a god. And he speaks well and loves his wife.

We might have to see Grand Budapest Hotel again, as it really was an artistic achievement, and was duly recognized by the Academy.

More awesomeness: Did you see all the cameos in “Everything is Awesome”? Devo, Andy Samberg, a possum, Oprah holding an Oscar made of Lego’s and the list goes on!

Boyhood and Still Alice also went below our radar but the winning actresses representing them looked pretty compelling on screen, even if Patricia Arquette is a touch goofy.

Underwear: It’s a hard gig for Neil Patrick Harris, but we could have done without the tighty whiteys, (but oh, did you see his pecs?)

Memorializing: Have somebody sing while the names are being shown of the people who died; don’t make us listen to another sad song afterwards. No exceptions, even Lady Gaga (see above). Also, where was Joan Rivers in the memorializing?

Dakota Jones: She was so petulant with her mother Melanie Griffith. Get over yourself, Dakota.

Dresses that people trip in: If Jennifer Lopez can’t walk in it, it should be illegal.