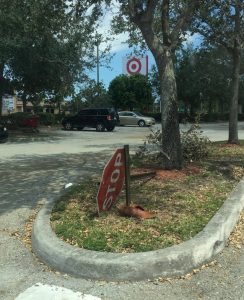 In August 2014, we wrote about the great flooding of Southeast Michigan and our impressions of that time through the lens of marketing. Click here.

We got to revisit some of those lessons recently. The lesson occurred a few years down the road, a few hours south on I-75 in the face of Hurricane Irma. One of our writers now lives in Florida. Here are some of her reflections:

Even as I write this, it’s not all normal in south Florida. One marketing relevant reflection is that, in addition to the tree detritus that is everywhere, the billboards and shopping center marquees are destroyed. I wonder how long it will take to get the billboard canvases reprinted and re-installed. I also wonder how the cost of that is going to be shared between those who rent billboard space and pay for a certain number of days and those who own the billboards. Businesses, particularly restaurants and food stores, still don’t have their full inventory and it’s going to be a bit longer before anyone can order what they want or get their favorite food, including basics like bread and peanut butter. Traffic lights are not yet completely functional. Neither are street lights. This makes driving take longer and nighttime driving is disconcerting.

For a while, the birds disappeared. I am in love with herons and egrets and they simply weren’t visible anymore. But now they have returned in abundance, especially the elegant long-necked Great Egret. Where did they go during Irma? I didn’t see them at the hotels in Georgia.