We were talking about “Must See TV”the other day in our house.

Our house is atypical and typical at the same time. It’s a mother and father and three teenage daughters. Everybody has their own smart phone and there are multiple computers and tablets. We have a Netflix account for actual DVD’s and for streaming. The oldest teen (who now is away at college) also keeps a Hulu account. Everybody has a lot of work to do in the evenings, either from homework load or extracurriculars or actual work. That’s the typical part.

Here are some atypical parts:

And now, here are some outcomes:

The lessons from the above ruminations: We are still searching for content, and we continue to find things that amuse and entertain us; we are hard to reach for advertisers, but not impossible, we do spend money on getting content, although it may be “atypical”, and we do represent the “nichification”of the viewing marketplace, where we create no water cooler talk about shows. 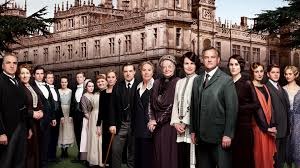