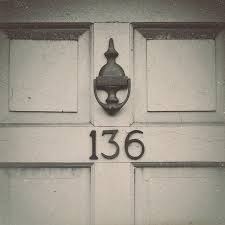 This week, K2M had another mission. A client asked for our help finding a cool, hip space for a music performance in Detroit. So, armed with a list of cool, hip places (from a cool, hip much younger friend), off we went into the D.

And we found several great venues, some of them with lovely, earnest people. And we had a pretty good lunch in Corktown. And plans to go back in the city on a weekday, maybe for fun.

That was the good part of the trip.

The bad part was that these start-up and emerging venues are somewhat unfindable. The question is whether or not this is purposeful. One young man told us that he needed so much energy to keep his venue operating that he just didn’t have time to be more findable, right now. We were lucky. We knocked on the door and he answered. His business model is fascinating, which is “If you build it, they will come.” For the most part, it is working. And once he saw us, he gave us his cell phone number and an email, so now he’s findable to us. But what if he hadn’t answered the door? Would we still know about his place? How would we have gotten his contact information?

Other venues have no published phone numbers anywhere (and we mean anywhere) and are open only on evenings and weekends. It’s great for the general public, but what about those who wish to do business with you.

It’s a reminder of the one knock on cell phone numbers. They are unfindable. So, either you have to bite the bullet and publish them on your website (if you even have one), or be pretty vigilant about checking your email, which has to in turn be findable.

This “findability” is not limited to club owners, gallery spaces, and warehouses. We frequently run into doctors and lawyers who are virtually unfindalbe online even though they have an office phone.

Our takeaway is that it’s fun to run around Detroit, scouting out locations, but we would have loved for somebody to answer us…by phone, by email….Hello….is there anybody there?????