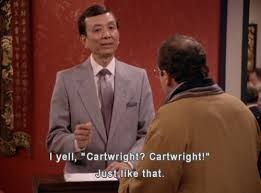 We’re living through an era of tremendous change. We have read about people who lived through the Industrial Revolution. Perhaps older relatives have told you about buying their first television. Lots of us and our kids can no longer conceive of a time before cell phones. (How many “Seinfeld” episodes would need to be rewritten if all of the characters would just have had cell phones?)

We are also in the midst of the television viewing revolution.

We are seeing it with our own clients, who are changing the way they purchase advertising time. Even as recently as three years ago, it was de rigeur for lots of  clients to put their money first in radio and TV ads on network and smaller local stations. With their leftover money, maybe they would put a bit into improving their internet presence or other marketing initiatives.

Now, we help our clients examine how to buy that time, and even if they should buy it in the same way.

Clearly, the TV and radio landscape is changing every day. The youngest generation pretty much doesn’t listen to stations on the radio at all. That’s been the case for several years. And the radio scene is changing very quickly with so many choices: internet radio stations, SiriusXM (sattelite) radio as well as old-fashioned terrestrial radio are all competing with one another for an audience, with fewer opportunities for ad time, but bigger opportunities to really deliver to a niche or slice of the market.

But the changes in radio are dwarfed by the immense changes in how people access television or video. Dwindling, and perhaps soon gone are the days when people watched a specific program at a specific time. Now people watch on demand either through streaming services, Tivo, and on demand services. The exception to this is sporting events, which are tied of course to a certain date and time.

Cable TV is changing rapidly, too. HBO has had a very strong online streaming service called HBO GO. But to access it, you had to use a login from being a cable subscriber. This week, HBO announced an impending departure from that arrangement and will soon offer some kind of streaming without cable subscriptions, something that could save consumers who only want to watch HBO shows a lot of money. The details of this HBO streaming innovation have not yet been released, in terms of what shows will be available, what archived shows will be available and what the cost will be.

Good marketing advice incorporates all of these changes in devising a specific plan to target potential clients and customers.