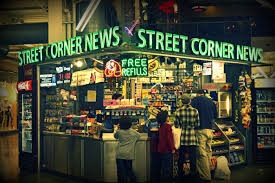 Everybody is always bemoaning the death of print: newspapers print circulations are dwindling; magazines are shutting down (like Newsweek), ad revenues for print endeavors aren’t what the used to be.

This news is both good and bad if you are looking to do some marketing and public relations:

We recently crafted a press release  about a charitable endeavor of one of our clients. The press release was well-crafted. It had a catchy title, was concisely but interestingly written with the important details and a hook in the first paragraph and good supporting paragraphs. We submitted the press release to various media options, not knowing which if any would pick it up. It turned out that the trade organization paper and the local paper picked up the story right away. Even better news: the story was not altered one iota in the trade magazine, from catchy title to every last detail.

Our positive experience was that sometimes “free publicity” works out. Of course, it wasn’t entirely free. We had to spend the time writing and crafting (and by the way, sending in some good photos too) and hoping for the best. Ultimately, the coverage seemed to gain much more traction than a paid ad that would have appeared on the same page would have gained.

For pointers on writing press releases, see our earlier blog “The Picayune and Particulars  of Press Releases”.